For Amy Long, her first experience with interpreting an emergency broadcast in Auslan was during the 2011 Brisbane floods. Her nervousness at a new type of work was magnified by the eerie atmosphere of a city on virtual lockdown.

“When I had to leave to do the broadcast, I did feel scared,” remembers Amy. “I was driving over the Story Bridge and there were people stopped to look over the sides at the swollen river and all the debris flowing through.

“A lot of the traffic lights were out and I was unsure how safe it was. Even once I arrived I was nervous and worried. I knew though, how important this message was for the Deaf community and how lives were at risk.”

These days, Amy is a Certified (Auslan/English) Interpreter, acting also as a trainer and mentor for new and aspiring interpreters, but her dedication to her work and its importance means she is always learning. Amy grew up in the Deaf community but says it wasn’t until she was living abroad that she finally understood the passion she had for the community could be realised through a career in interpreting.

“I’d tried a few career paths, but ultimately ended up bored,” says Amy. “I came back to Australia from the UK and enrolled in the Diploma of Interpreting. Twelve years later and I still love my job. Each day brings new challenges and environments to work in.”

After returning from the UK, Amy admits to being shocked at the disparity of deaf accessibility.

“In the UK in 2007, they already had the news and a number of television shows (including Home and Away!) interpreted into BSL (British Sign Language),” says Amy, “and every Sunday morning there was a current affairs show written and presented by deaf people. When you consider there are third world nations who have regular interpreters on the news, you realise just how much catching up Australia has to do.” Amy explains that due to the ever-changing nature of emergencies, interpreters will likely get two to four hours notice to go on air for a press conference (although Amy recalls one instance of receiving only 45 minutes’ notice, which was “just enough time to drive there and park!” and may not receive a detailed briefing before going to air, meaning personal preparation is often critical.

“Where possible I will do as much personal research as I can,” Amy explains. “This might mean finding locations on a map so my directional verbs are accurately representing distance and direction; it may mean calling the interpreter who worked on the previous broadcast to get context; it could be watching similar press conferences from other states to see what language choices other interpreters have made that can be incorporated into my work to provide consistency for the people watching.”

While it can be a daunting task, interpreting live broadcasts is something Amy sees as an essential service to the community, something that the wider population might not often think about.

“There is still a lot of unmet need for interpreters in Australia,” she says. “It’s really important for people to understand the importance of Auslan users receiving information in their first language. Many other language groups are able to access information in their language, but this often isn’t the case for the Australian Deaf community.”

Amy describes the biggest challenge when interpreting a live broadcast as not being able to see her target audience. She says the potential number of people watching her doesn’t bother her: it’s the lack of face-to-face feedback that can give communication in Auslan much of its context, and the attitudes of non-deaf people not understanding why she’s there.

“I don’t worry about the size of the audience,” she says, “but I do try to imagine what it would be like to be a deaf person in the particular region the government is speaking to. It’s also an unfortunate side-effect that I’m interpreting in an arena that can attract an ignorant view of my work. Luckily I haven’t gone viral like some of my colleagues!”

As for the future, Amy says she would like to see Auslan move into mainstream broadcasting and normalise the language past something that is only seen by wider Australia in times of crisis.

“There is Auslan interpreted news on a Sunday evening now, which is a great first step, but there is a real opportunity to build on this. The general community may watch snippets of a press conference, but then other programs can unpack the messaging and what it really means for individuals. This opportunity is lacking for the Deaf community and something I would love to see Australians embrace.”

Want to start your own interpreting journey? Find out more here: click here 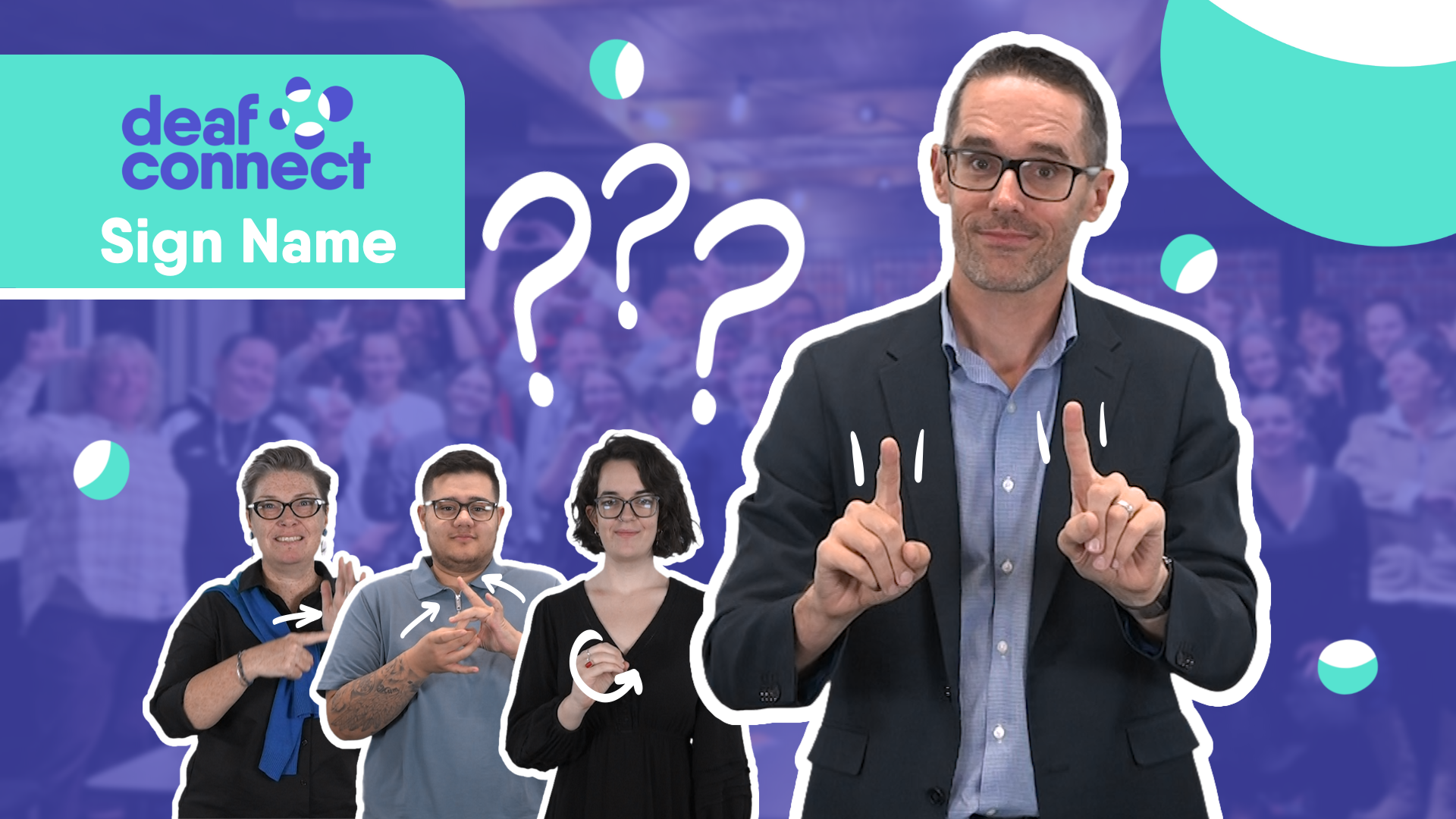 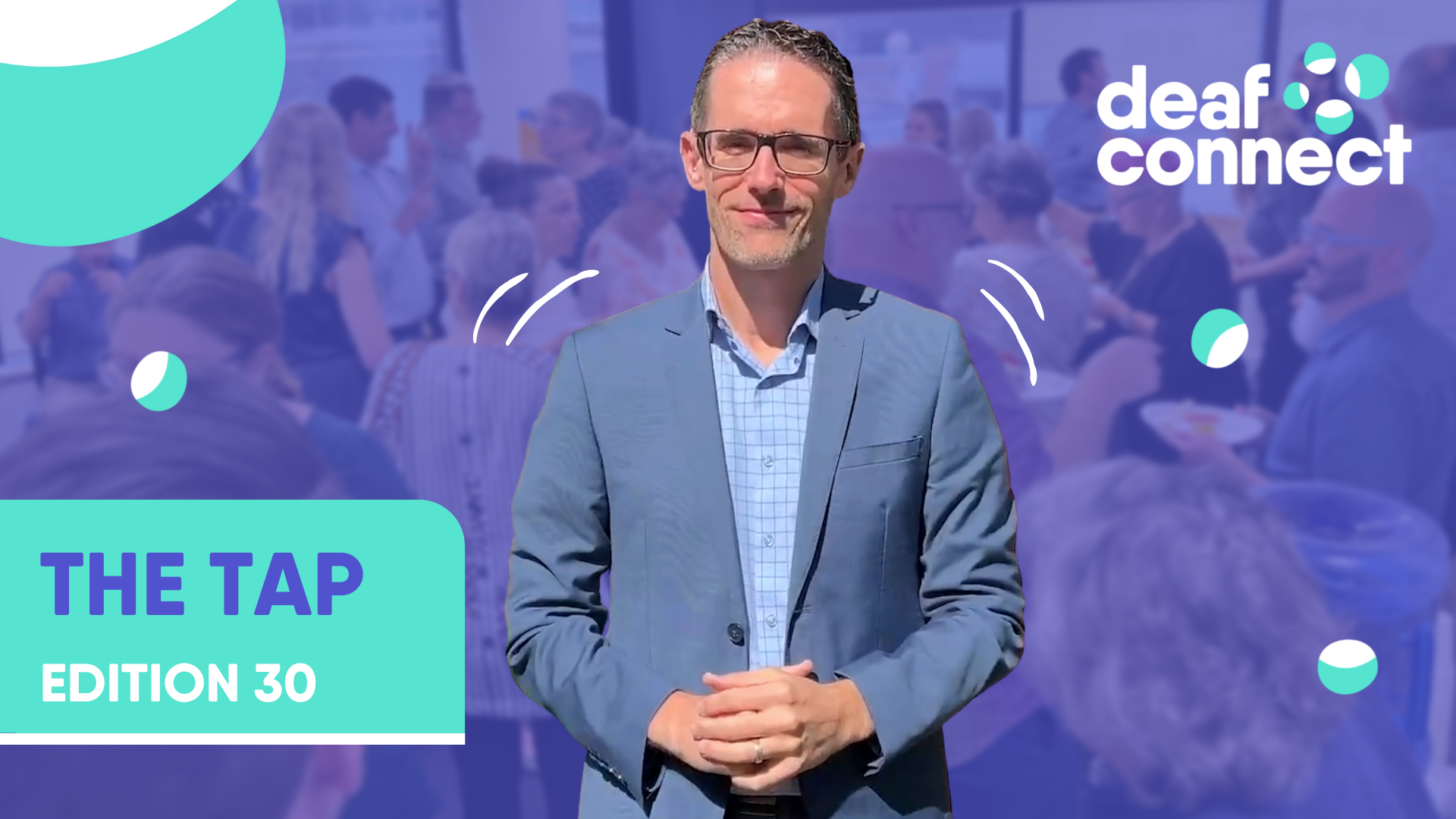